#21
I think I comprehend the difference between our terminology, but it's probably best I let it sink in a bit.

Are you describing a process where - to avoid having to test for creases before rendering every single boundary in a shape - it just smooths everything as efficiently as possible and then re-processes the rendering of the polygons surrounding the declared creases?

#22
We´re talking about rendering right?
Here´s a super simple mesh. What if you want the slope to be smooth and the edges to be crisp?

#23
I'm pretty certain how to get the effects I want, I'm just wandering how the smoothing mode affects the efficiency and speed of the render - for when I start building significantly complex models for it to make a difference.

Basically, how to identify the cases where "Normal break" is more appropriate mode than "Constraint", because the end result seems to be the same, other than Creases. Right now, to me, which mode appears to depend entirely on whether or not Creases are used in the polygon form, and any additional cost of Normal break appears to depend upon the complexity of the Crease, not the complexity of the polygon..
W

#24
frank beckmann said:
Hi Wayne.
I´m not sure if I can shed any light into this "dark" area.
I´m somehow under the impression you either think there should be 1 smoothing angle which should be valid for the whole model of any complexity - or you still don´t get what "normal break- shading is meant for.
Somehow I lack the necessary tools to explain this to you:
Cheers
Frank
Click to expand...
I do appreciate your (and everyone else's) attempts to help me understand. However, I think that you might be missing the point of what I've been trying to point out. Let me see if I can clarify... 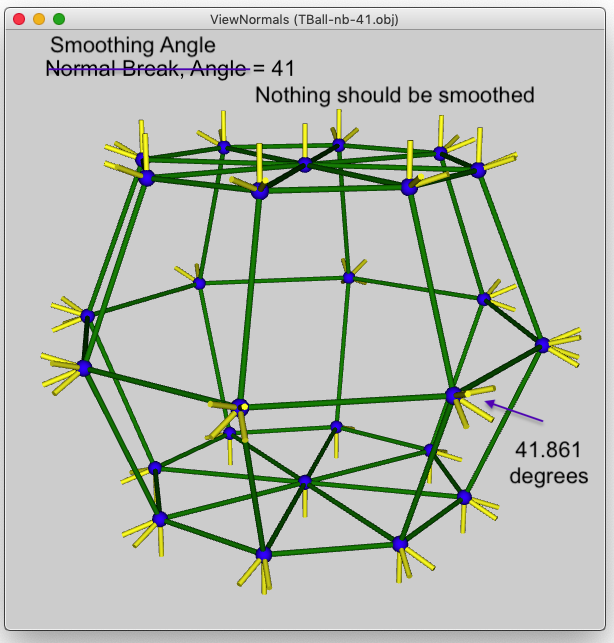 From my point of view, the sides of the my test model should be smooth shaded whenever the the smoothing angle is greater than 41.86 degrees. Further, to be fully smoothed, the vertex normals common to the side faces should all share a single normal vector. As you can see in the vector normal image I posted originally (repeated below): 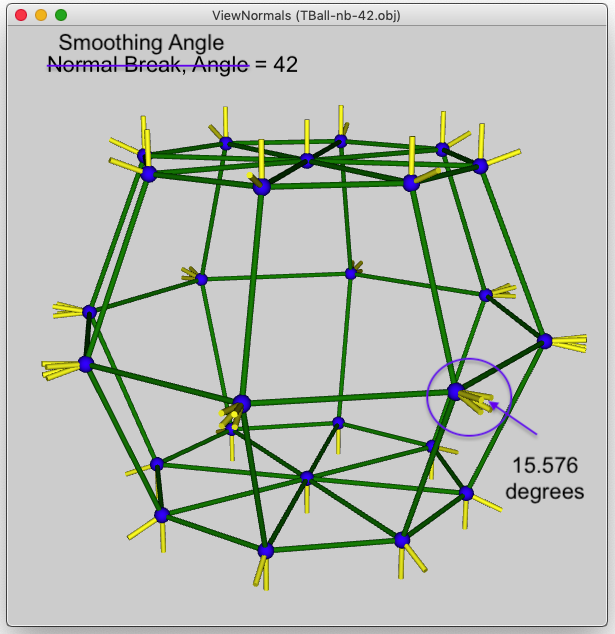 This does not happen. Instead, the 4 vertex normals at each shared point for the side faces get moved toward each other (changing to 15.576 degrees) resulting in what I called a "slightly smoothed" edge. It is not until the smoothing angle reaches 61 degrees that these 4 vertex normals are combined into one, like this: 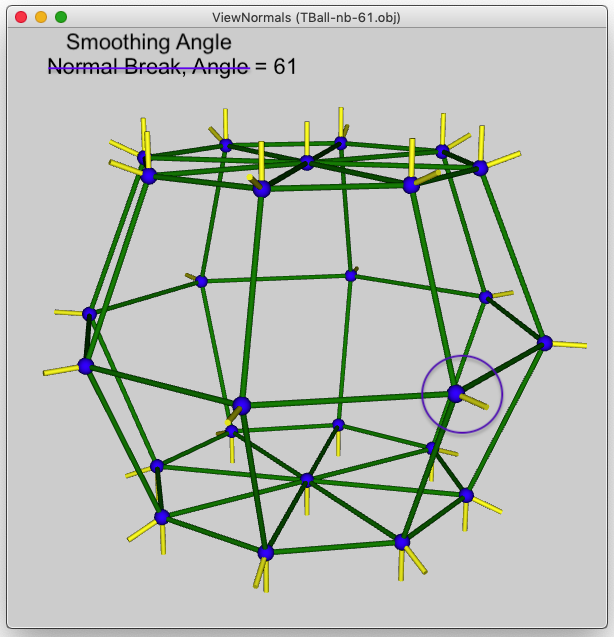 It is this behavior of creating "slightly smoothed" edges that I'm trying to understand.